Silver stag. Bronze bull. Shade of the evening. Having another wine. 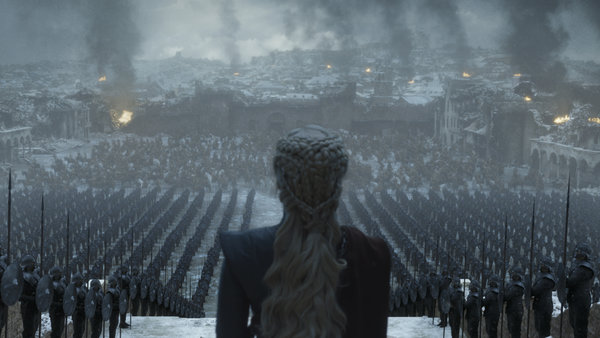 Milk of the poppy. Jenny the Newt.

Eliza Dushku. He stores all of the realm's stories and histories in his brain. He can also "warg," taking control of other living beings, but his eyes glaze over and he becomes useless.

Bran the Broken has stated, multiple times, that he is no longer Brandon Stark. But that power opens up even bigger, scarier questions. Could he see all the death and destruction that Dany was going to rain down on the people of King's Landing? If he did, isn't he somewhat complicit in that genocide? That's accessory to murder! Bran's seen war crimes and just let them go unpunished.

Don't give me the sob story "he can't change things that will happen" either. Bran's powers also seem, in a way, to suggest that no one has any free will. It's best not to think about it. Although some of the most powerful lords and ladies in Westeros make the decision to sit Bran on the new seat of power, it's not immediately clear if this is the will of the entire continent and all its houses. If Varys did get some ravens away we are lead to believe this is unlikely but There's surely going to be some that don't want an all-powerful god-man that can literally control human bodies with his magic as the almighty ruler.

They've seen this kind of thing go poorly before. The Iron Bank of Braavos was introduced early on in Thrones' story, but it's only in season 4 when it really comes into its own. The bank is notorious for collecting on its debts and works with both Stannis and Davos and eventually Cersei. In season 7, the bank sends Tycho Nestoris to collect on the debts that the Lannisters owe.

The need to pay the bank off helps spur Jaime and Bronn to head to Highgarden and ransack the place. They squirrel their riches back to King's Landing before Dany's forces attack in the famous Loot Train battle. Before the battle, we see Tycho for the last time, chatting away with Cersei in Maegor's Holdfast. Cersei explains to him that Qyburn has asked for the services of the Golden Company to help her win the coming war and he's more than happy to.

So we're led to believe Cersei required more assistance from the Iron Bank to hire the useless Golden Company and the dashing Harry Strickland before being crumpled by bricks. Did she pay the bank back? With what money? We know there's not a lot of gold left for the King because the final small council meeting in the finale sees bickering between Davos and Bronn. Will the Iron Bank come to collect their debt from Tyrion, the last Lannister -- or will they lead another uprising against the Broken King?

After finding a white horse at the end of the penultimate episode, Arya rides out of King's Landing at a gallop and then It's a jarring about-face I suspect will only seem more preposterous should you ever decide to binge watch the final season. It's easy to argue that it doesn't matter and, well, it doesn't , but if you were wondering what happened to Shadowfax, you'll have to keep wondering.

How Will The Reveal of Jon Snow's Real Identity Change... Everything?

Don't even ask start to think about this prophecy. It will only end in misery. After having thankfully survived the carnage at Kings Landing, Arya met with a mysterious horse and is understandably getting the hell out of there. And in that darkness, eyes staring back at me: brown eyes, blue eyes, green eyes. Daenerys also sounds like she has it out for Sansa, as Sansa was the one who spilled the secret about Jon being a Targaryen.

I very much doubt that Arya is going to let Sansa come to any harm. She was riding on a pale horse, after all, just like Death. Which leads me onto…. What made Daenerys go all Mad King at last? Is there an Iron Throne left?